Delta Gamma was founded in 1873 in Oxford, Mississippi. The three founders, Anna Boyd Ellington, Eva Webb Dodd and Mary Comfort Leonard, attended the Lewis School for Girls near the University of Mississippi. These women sought to maintain high standards and to encourage intellectual growth and service in order to exemplify college women at their best.

Today, Delta Gamma is an international women’s fraternity that continues to place a strong emphasis on personal values, academic excellence, leadership, and service. The fraternity’s membership has grown to more than 142,000 women worldwide with 147 collegiate chapters and more than 250 alumnae groups across the United States and Canada.

In December 1965, Eleanor Smith Slaughter and others began making plans to establish the chapter here at Mississippi State. Soon after, Delta Gamma held recruitment and formally pledged 29 women, which established a Delta Gamma colony at Mississippi State. On October 25, 1969, Delta Lambda received her charter, and 25 women were initiated into the chapter shortly thereafter. In 1988, groundbreaking began for the Delta Gamma house on campus. Then, in August 1989, members moved into their new home on sorority row.

In 2003, Delta Lambda established the Dorothy Garrett Martin Lectureship in Values and Ethics at Mississippi State. Since then, the Delta Lambda chapter has welcomed guests such as Blake Mycoskie, Patricia Heaton, Sean and Catherine Lowe, Korie and Sadie Robertson, and Bethany Hamilton to speak at this event. Most recently, Delta Lambda hosted Bob Goff, New York Times bestselling author of Love Does and Everybody Always, to speak in March 2021. The chapter has received the Patricia Peterson Danielson Award many times over the past years, and in 2014, Delta Lambda was once again honored with the Outstanding Collegiate Chapter Award. 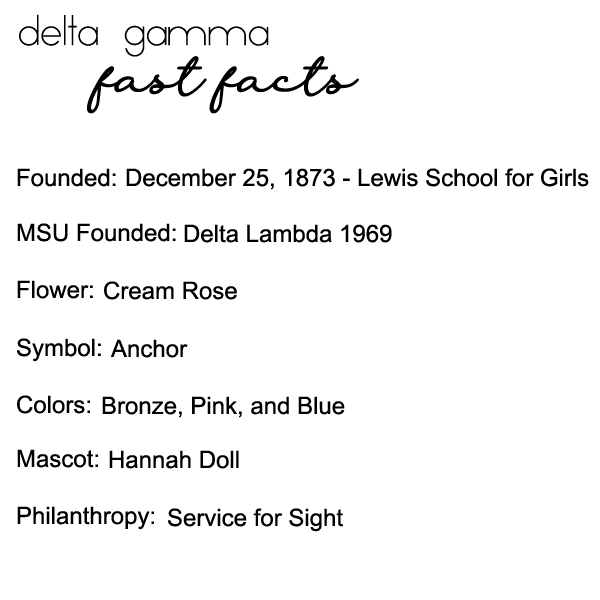 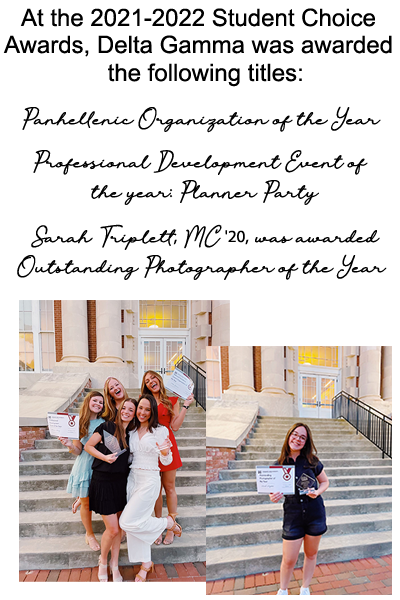